Travelling to Helgoland I found small signs of the relationship to Zanzibar. I also found the deep pit in the landscape from the largest bomb ever discharged, dropped by the British. Next to the crater is a memorial to Heisenberg, at the spot where he allegedly conceived of the H bomb, (although I believe the crater from the British bomb and his epiphany on the H bomb actually have no causal link). An extremely odd coincidence?

We attended a village hall event on the island which comprised of sea-shanties in English rounded off with bongo playing from Tanzania.

I found the spot where Leni Riefenstahl danced for the Fanck film Holy Mountain (1926). Filming of this began January 1925, a year after Princess Salme's death (February 1924), Salme died in Jena a couple of hours away from LR in Berlin.

The Heligoland Treaty in which Britain swoped Heligoland for Zanzibar with the Germans, possibly dashed any last hope for Salme's return to Zanzibar from her exile in Germany. Emily Ruete (Princess Salme of Zanzibar) absconded to Hamburg (1866) to avoid being stoned to death having fallen pregnant by a merchant from Hamburg. She married him in Aden and converted to Christianity.

But as the Zanzibar Princess died far from her beloved archipelago of Zanzibar,  Leni Riefenstahl's work in and on Holy Mountain caught Hitler's attention. Inspiring him to commission her to make his films.

The Heligoland – Zanzibar Treaty of 1890 was why I ended up in Helgoland – shooting a work that creates a hybrid between Princess Salme, her Circassian roots, her life in Germany, Leni Riefenstahl and her dance in Helgoland and her later links to Africa (which seemed like a way for her to absolve herself of fascism – but Sontag was having none of that!)  http://www.anti-rev.org/textes/Sontag74a/

The dancer in my film for Nowhere Less Now4 was creating a dance that merged moves from Zanzibar, with Leni Riefenstahl moves (influenced by Mary Wegman/ Isadora Duncan) and dance in the Gulf. My dancer, Ina performed this on the shores of the resistant red rock in the German Bight where the histories of these two women met, at least geographically. 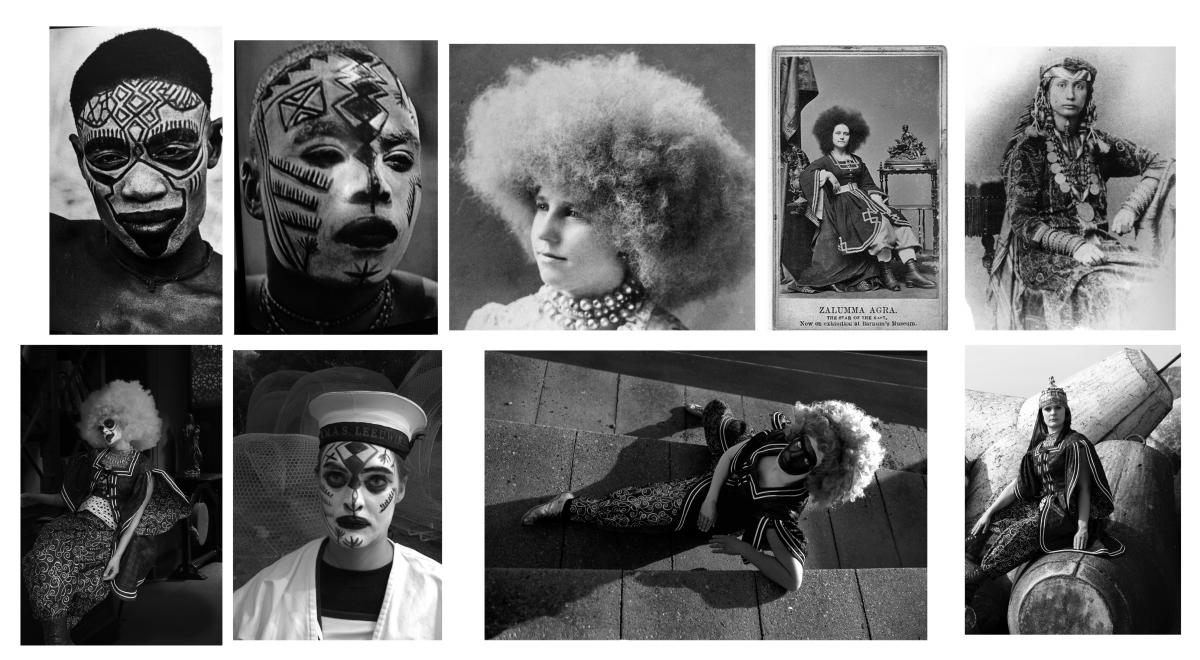