A pdf of a printed and then handwritten text on quantum Robins amongst other things ... I have been interested in the form of the text - by hand or by an algorithm and how it effects the content.

Aesthetics and Politics (some thoughts on art insitutions)

I wanted to raise a few points that I’m concerned about in terms of artist’s relationships to institutions and funding that I found difficult to find space for in the CVAN meeting as it was concerned with how to represent content and identities more than the bigger question about the function of art itself. It has become increasingly the case that art funding has been shaped in a way to fill a gap in the need to address social political issues that often seem to be preaching to the converted.

Struggling to try and describe in type and images how to fold a geometric form to someone faraway. If just one fold is turned the wrong way - a mountain fold instead of a valley fold, the strucutre will fail - until that one fold conforms. You also have to build it all at once working over it backwards forwards in a non-linear way. So much like a metaphor for social structures ...every action requires working holisitcally. 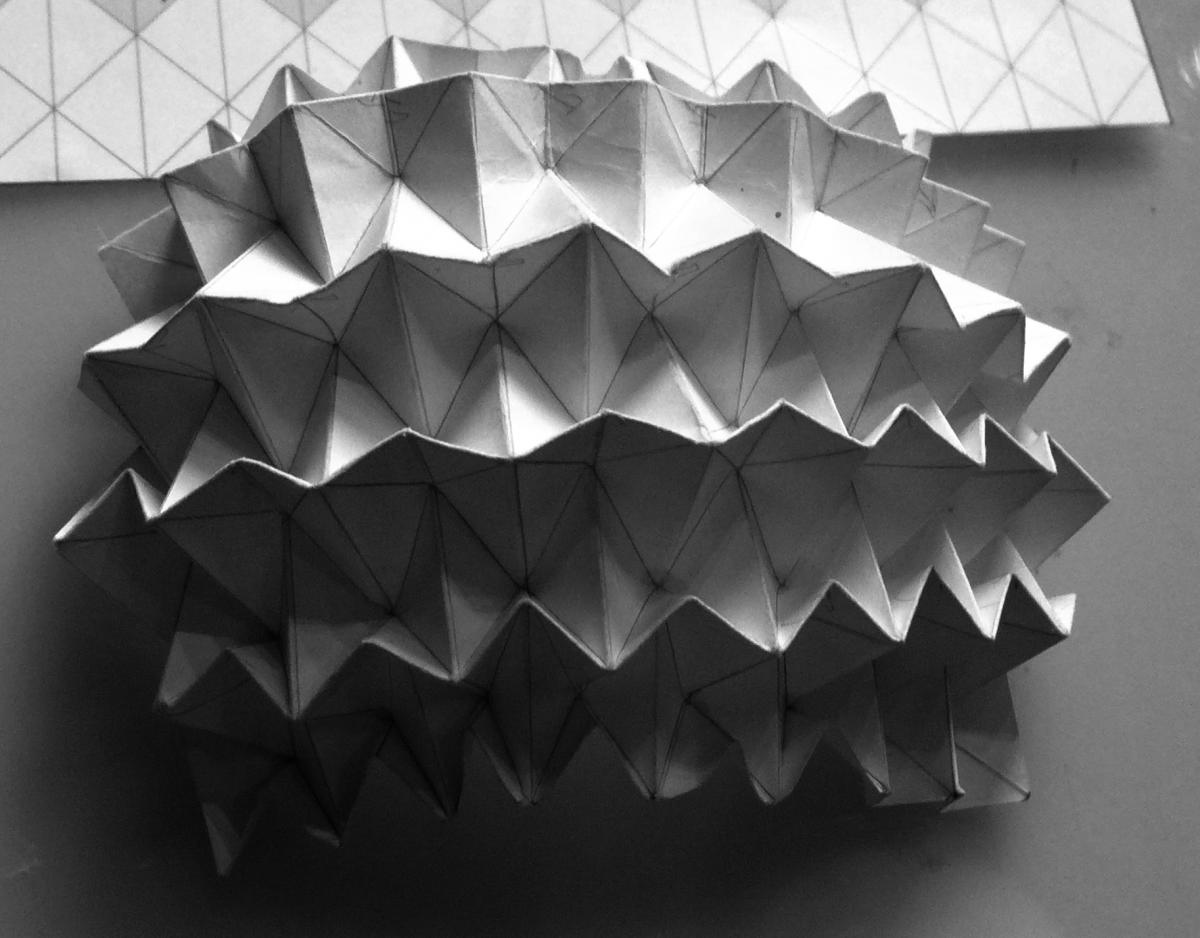 An Article by Elizabeth Fullerton in Elephant

So rarely has a critic spoken to me directly about a work of mine they then write about, with exceptions, such as Charlie Fox, Tom Morton and Elizabeth Fullerton. Often the reviewer/critic has never seen another work of mine. My works have often been outside of London or the UK and often have very low capacity for viewers/visitors because of the structures I build (hence audiences are small).

Keith has become a specialist in UFO since lockdown and we have accrued a huge amount of books on the subject. Strange how the aliens seem to need to arrive in a vehicle and often have a face with two arms and two legs. We may have strong hallucinatory tendencies but we lack imagination when it comes to other forms of what might be considered to be existence. Just reading  Jung on the subject ...this is for the work in Sharjah in a 'Flying Saucer' Googie Architecture building. There was a UFO sighting in UAE in 1978 reported in the local papers.

It was on the morning of what would have been my father's birthday the first sunflower opened (July 5th), alone and singular - it makes me ask the question "why this one and why this day". Is it pure coincidence or a sign of alchemical relevance? Should I anthropomorphize it into a human condition as being the unique one (the flower knows) - an almost religious one "the one"?

I awoke to the radio speaking of the TikTok App and its relationship to growing tension between China and India. Although philosophical causal determinism would be a pragmatic position to comprehend the way things turn out as they do, it seems that the utter randomness and possible factual nature of those narratives is questionable. It seems one's version of reality depends more on the cause of events you chose in your deterministic narrative, these choices seem infinite.

I feel my identity just became redundant in a spiralling butterfly effect that came from a bacteria in China, so now I am too white, too English, too 'she' pronoun, too old, too not a collective, too ugly, too poor, too working class, too difficult and introverted, making work that is  too expensive to build and too depressed. So I am going to go back to being a camera/ventriloquist/projector, become a mechanism once more and dump this neoliberal identity politics that is being dumped on us. Those days of being a machine seemed more fulfilling. My pronoun is 'it'.

unpacking my personal narrative for today

Feeling confident that I am just speaking to myself I going to unleash my demons, to see how unreasonable they are (to see part of my personal 2052 selves as defined by Virginia Woolf).

The British Art Show list of 40 artists was announced on social media yesterday, many ex-students, friends and colleagues are included and also many I do not know. Perhaps it is often difficult for artists who can not make the grade for various reasons, it begs the question 'how have I failed to be relevant' but things are possibly more contingent on social connections than one might expect? But I am looking forward to seeing the works in Plymouth where my family live/come from. It will be in the newly converted buildings which I previously worked in as a library assistant.

My mind is a ball on a roulette wheel this morning, bouncing across the quadrants, subjects arising, questions... Such as, is it ok to address the circassian beauties (created by PT Barnum) as embodying a commodification of both women and enslavement?

I wonder ... is my own critique of this clear enough?  This is on my mind because I am awaiting a profile to be published in Elephant on my work and for my profile picture I am performing a hybrid PT Barnum circassian beauty (commodifying the image of myself more explicitly for the context of a magazine).

There are four things  fluttering in my head this morning,

on my mind today

I awoke in the night having watched the 4 chapters of 2052 selves films I made for Knole in 2018. Whilst filming I had an interest in the representations of POC in the house and I drew attention to them in the film as a reminder of colonialism. The novel Orlando, which uses Knole as a backdrop, opens with a barbaric and violent reminder of colonial aggression. But watching the films yesterday I didn't feel that I had been clear enough on my position on this - as utterly against it.

on my mind today

what I have been thinking/describing my work

A line between the physical world as a cause in itself (causa sui) and the mind (which responds as an impulsive continuous narrator) drives me towards a desire to discard a written text that becomes necessary to make an artwork comprehensible - a codex for a cipher, often found in a booklet or inscribed in vinyl on a wall, shaping how one 'should' think of an artwork.

Content seems to govern artworks currently, mostly on socio-political or identity driven narratives. Exhibitions are framed around meaningful contemporary content. The forms these subjects are represented through, however, tend to fall back onto standard formats.

The aesthetics of installations and audio visual displays are often familiar and default.

Presence of the Artist

I have been thinking about the smart phone and its troubled relationship to the tricky subject of identity. There is no doubt of the device's prosthetic quality - of how it insinuates its way into one's procedural memory, steps in where our semantic memory fails and is a storage zone for our episodic memory. Lose the device and bits of life vanish. To drop it, forget it or have it stolen can physically hurt.

Avatar Therapy (written before extensive trials of this method)

There is an emerging possibility that schizophrenia can be cured without medication by an ‘avatar’.

A meeting with Chris Frith about schizophrenia

A Meeting with Chris Frith