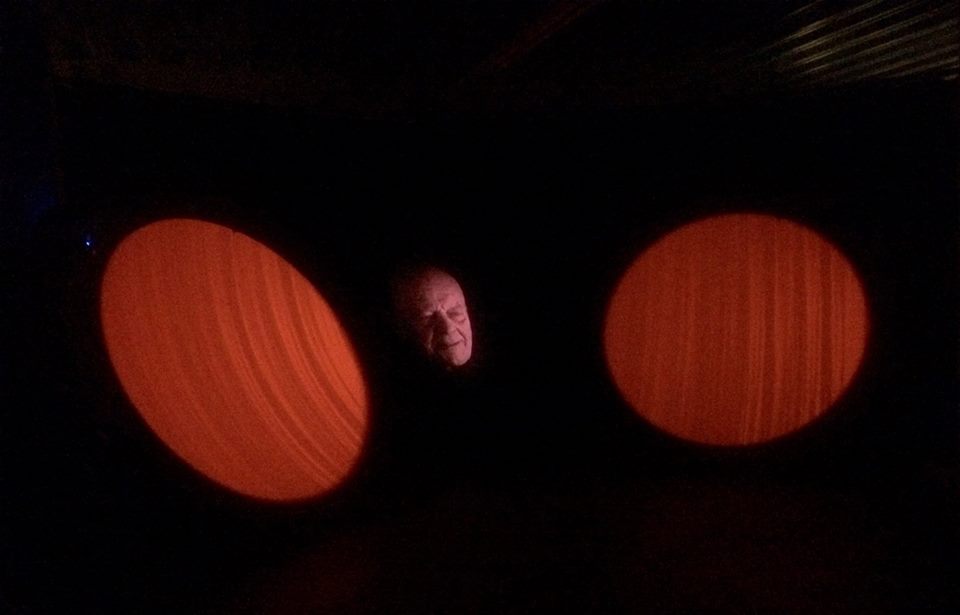 1. There is only one photograph in "Mental Metal' (my commissioned work for Ambika P3) which is not of the actor Michael Bryne. This one other photograph was one I took of the Cern Giant last autumn. Robin Klassnik of Matt's Gallery (who I work with) had not see the piece I was making and I had told him nothing about its content. He came to the opening at Ambika P3 …he was wearing one badge and it was of the Cern Giant (?). Before the show I posted a vimeo version of the film for Michael Bryne. Vimeo randomly picked an image to represent the film  – it picked the Cern Giant. Random events that seem uncannily causally connected? 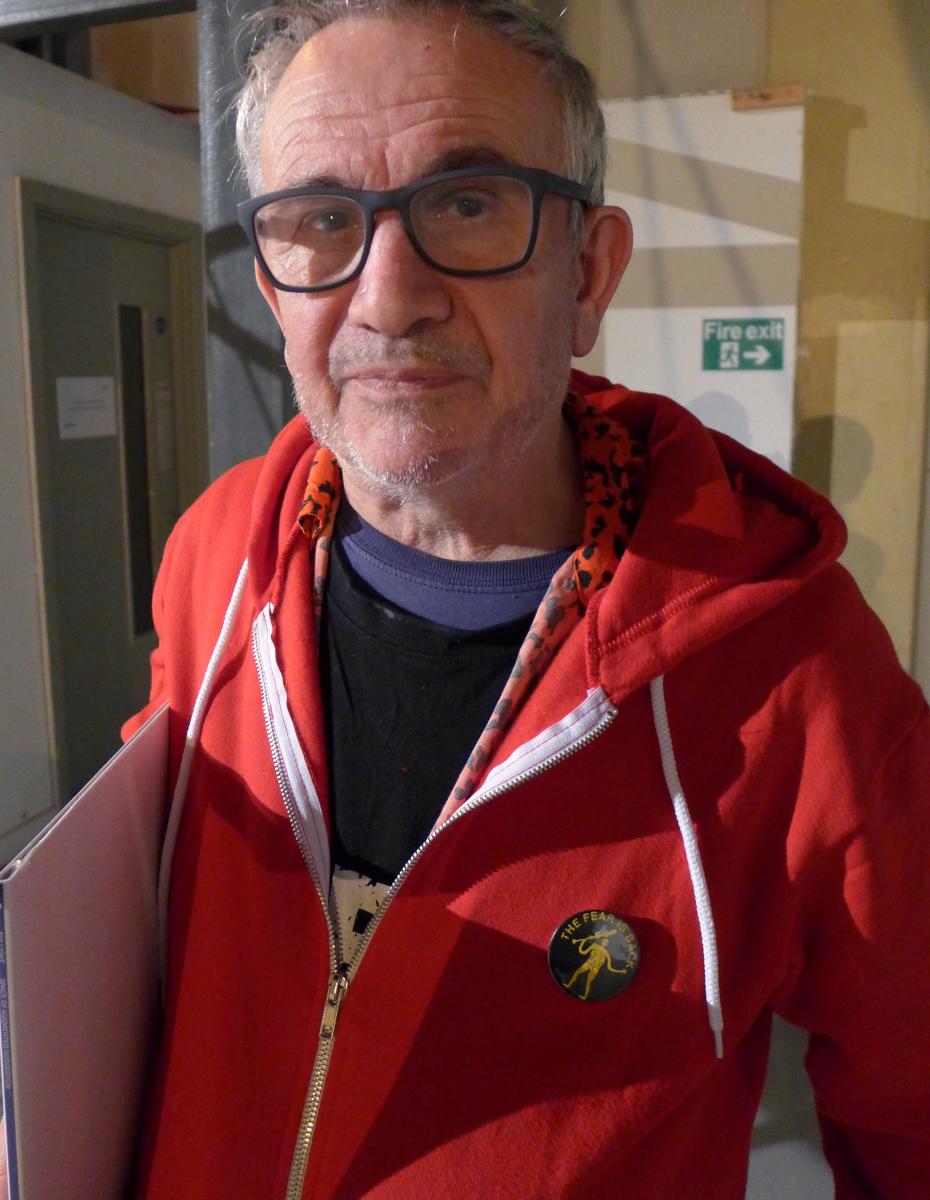 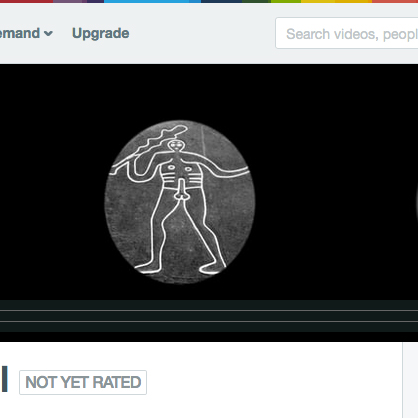 Robin then sent me an image in response to me posting this badge story. At the time I was drawing the devil's arse hole. He has no way of knowing this, did you Robin?

This the image he sent me: 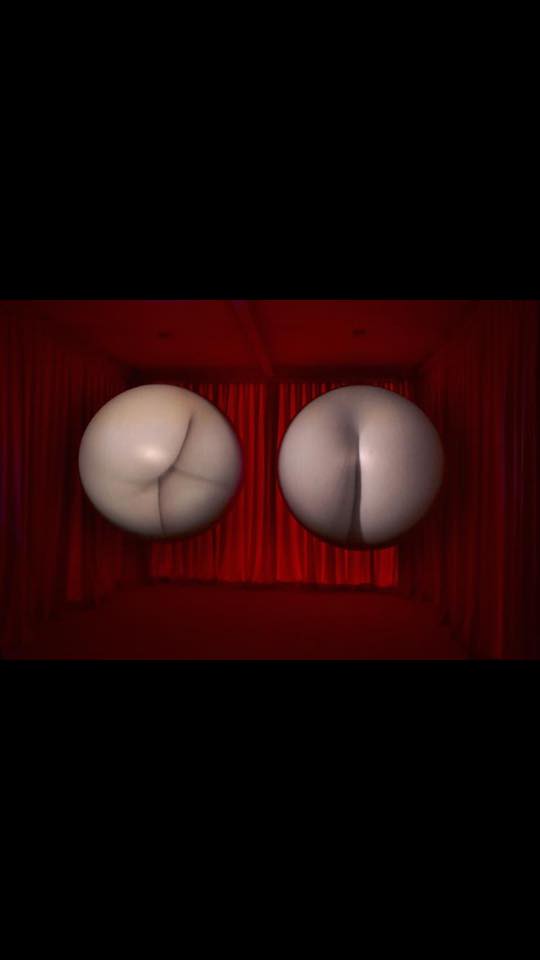 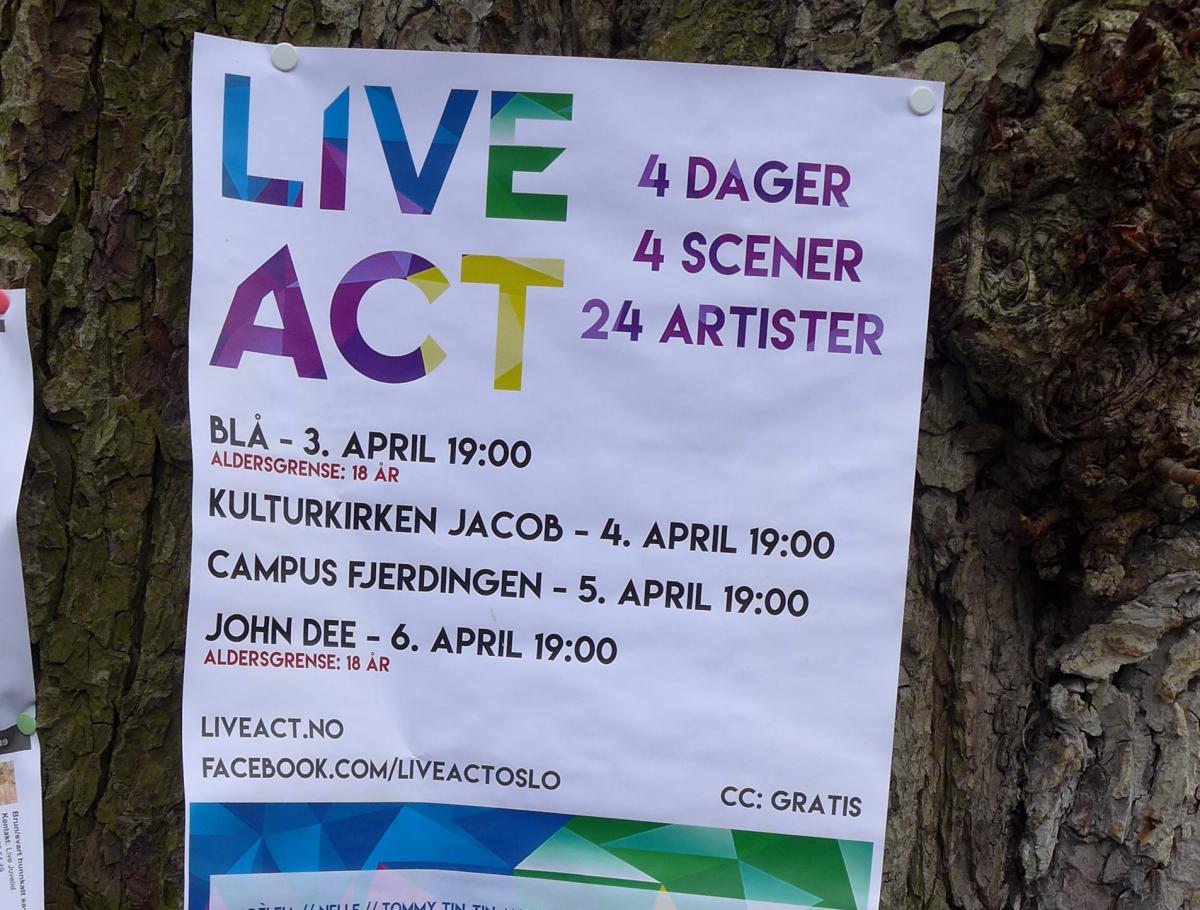 2. The Devil and Tarot images (hot)

I saw this image above on a tree when I was thinking about Dee and whether he should be revisited here by me …The devil's arsehole has been a topic for us since Nina mentioned that some audience members referred to her work on Dee's Obsidian mirror as the devil's anus. Mila and I spoke of the devil and her Crowley cards. (I also made a work for a show in which each artist made a Tarot card. I often lay out the Tarot and used the celtic cross layout in my work called it has to be this way but using photogrpahs not Tarot). I had a resistance to Crowley but Mila spoke of the necesicity of the shadow and Ova started digging int to the subject of Satan. I was thinking about all of this as I walked out in the morning looking for a hairdresser. There was a young man working in the shop – he was wearing a T-Shirt with an alchemical looking symbol – it was the symbol of Satan. Many graphic symbols exaclty of this kind are in Mental Metal. 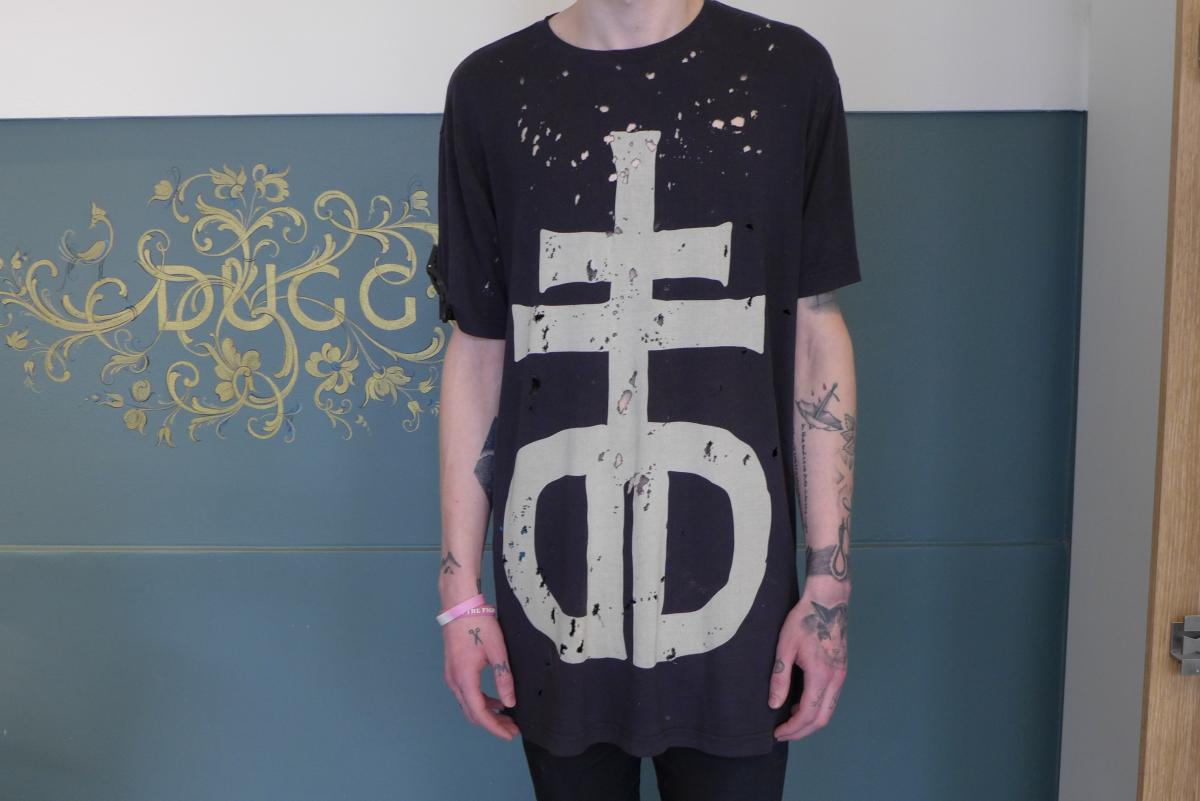 This morning unable to sleep I walked to Notam very early. I was thinking in a repetative manner about how I have had no time to take care of things;  of the problems of being an artist without any finances. How it means I have to do just about everything – from washing floors to encoding data whilst tracking down paid work to keep me fed. As a result of these 19 hour days I often do I have put on weight from long hours editing, my vision is screwed and my tooth dropped out. I have had zero time to get to the dentist to keep my mouth in order. Thinking long and hard about my teeth and what the fuck I have done with my life  – I came across this below, just as I stuck my tongue in the hole where the tooth was.

Good thing is there was a way out through that tunnel. 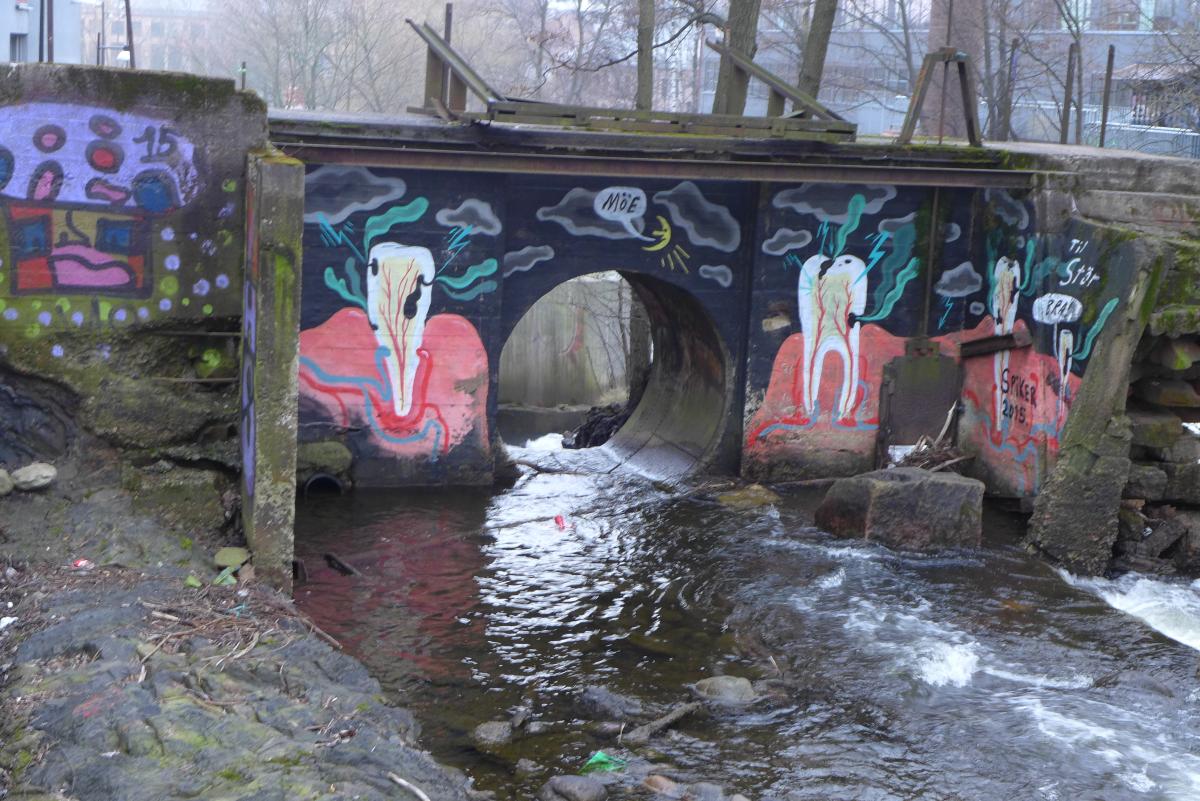 Nina Torp who I met for the first time here in Oslo has also made works on Dee's obsidian mirror (this object appears in my installation The Truth Was Always There). In addition Nina has also worked with the Claude Glass I previously named a work Claude Glass in a show with Laure Genillardin 99, although this is a natural progression across mirrors in this coincidence. Nina told us that some viewers referred to Dee's obsidian mirror as the devil's arsehole and we have been thinking about that quite a lot …

Obsidian has also been on my mind as that material that came up in a rather long winded story of mine when I had serial set of coincidences connected to Jung and a beetle, which occured all in one day. It ended with two artists in a group show both showing a work in obsidian unbeknown to each other.

Mila another participant in the workshop also has some obsidian which she brought to Notam.

Today Nina brought more cave drawings that had a resemblance to Dee's Monad. Anne is working with another kind of rock cryolite.

4. Jung – I brought a book with me to Oslo that has been on my shelf for 25 years unread The Undiscovered Self by Jung. The fact that is entirely about what I am concerned with here was outside of my expectations (the relationship between the individual and the mass). As I walked to Notam in Oso that morning I found a bee and then wrote to a friend on facebook about the work of Joachim Koester (she admires his work): 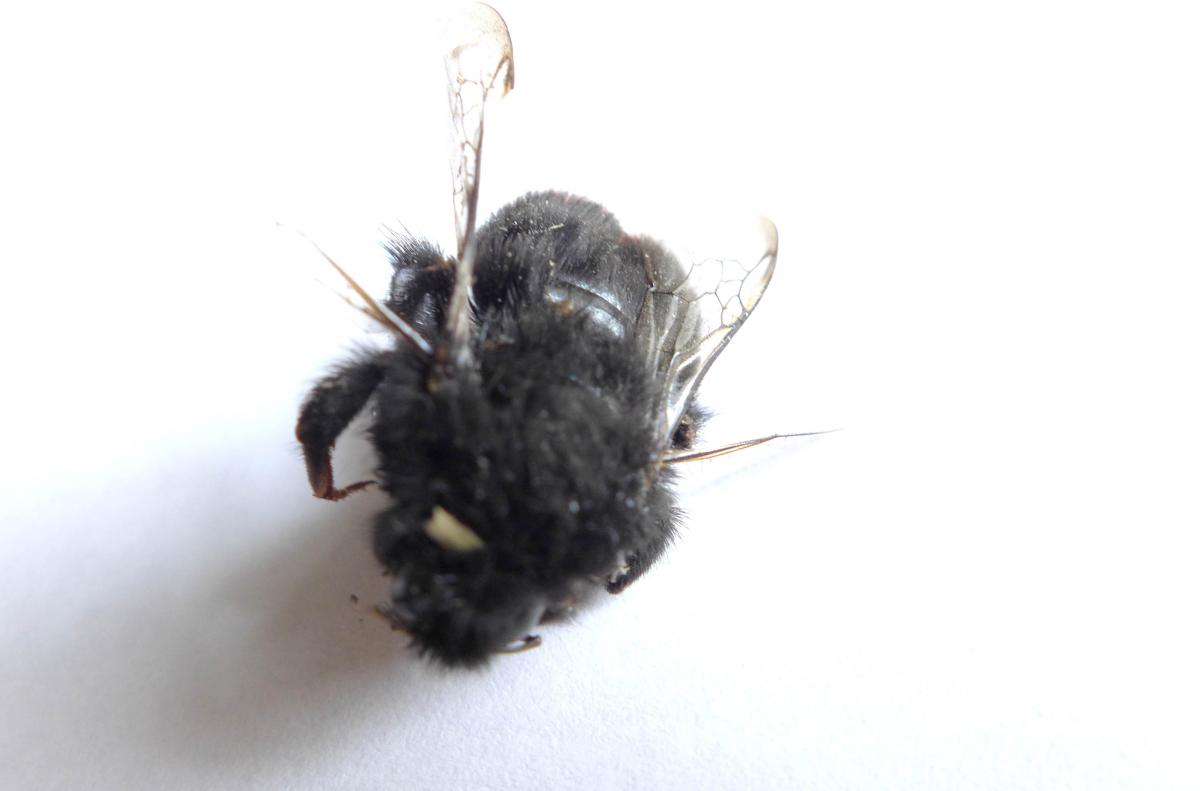 I was thinking deeply about what you wrote about Koester this morning whilst I was walking by the river in Oslo, the fact that I found a dead bee at an indecisive point in my thought as whether to speak to you in my head or out loud was resolved by the bee – even seeing it in the mulch of leaves upturned so it barely resembled a bee and was well camouflaged meant I took its symbolism more seriously.

It is the bee’s relationship to the hive that makes me interested in them and their death as an individual. I often seem to find them and take them as a sign to analyse the nature my thought.

The one and the many (the individual and society) is what I have come here to think about. How to collaborate. I want to consider how we can become a group mind – this specific group of individuals – to have our highly individuated selves and our collective selves working together – functioning at a high level. To start this I have been looking at our correspondences. My desire is that we will make some works that stand for each individual out of this process and also be part of how we produce one another as a group in this specific context/environment.

What you wrote about Koester I wrestled with. It is to do with temporality in the work. I fully believe that the process to arrive at the artwork defines it. Its temporality and affect is embedded early on. I feel that Koester is rather dead behind the work, his methods are not conscious enough – he merely stands and points, he does not transform. That sounds harsh but I feel I can listen to a guided meditation, look in a book for pictures of drugs, look at a documentary film in the Wellcome archive and have no need for Koester – his consciousness adds nothing to mine, he is an archivist with some pretentions to art. We have gone way beyond thinking putting things in an art context is enough in itself? I see an artwork as potentially having a level of reflexivity that actually cause the mind to change it’s a priori habits. It provokes an individuated thought about thought, which allows a self knowledge. It changes ‘mind’ and this is what needs to happen – given my belief that the individual constitutes society and if the mass of those individuals have not reached an ability to think about their thoughts and why they hold them society dissembles. We are also becoming lost in mass thought – general ideas. I believe we need to become more and more specific. I read The Undiscovered Self by Jung this morning – odd to realise how what he says about the relationship between the State/Religion and the individual is exactly the same problem as it was when he wrote it in 1957.

This synchronicity is long over due. My project description to Praksis included a desire to look for people with heterochromia in Norway. I had only met Charlotte (who with Nicholas intiated the Praksis project) at night and in dark rooms. A week into the project I discovered that she has partial heterochromia. The link is not causal. Although I have worked with biographies of people with differently coloures eyes on five occasions now my introduction to the project was through Rachel Withers, correct me if I am wrong Rachel but you did not think of me because of Charlotte's heterochromia did you?

It is a fairly rare –  0.001% of the world population are said to have differently coloured eyes – but I am very sceptical on statistics (as Nina Rodin discovered after I had drank too much coffee!). I am meeting a few people with this phenomenon and looking for more in Norway now. 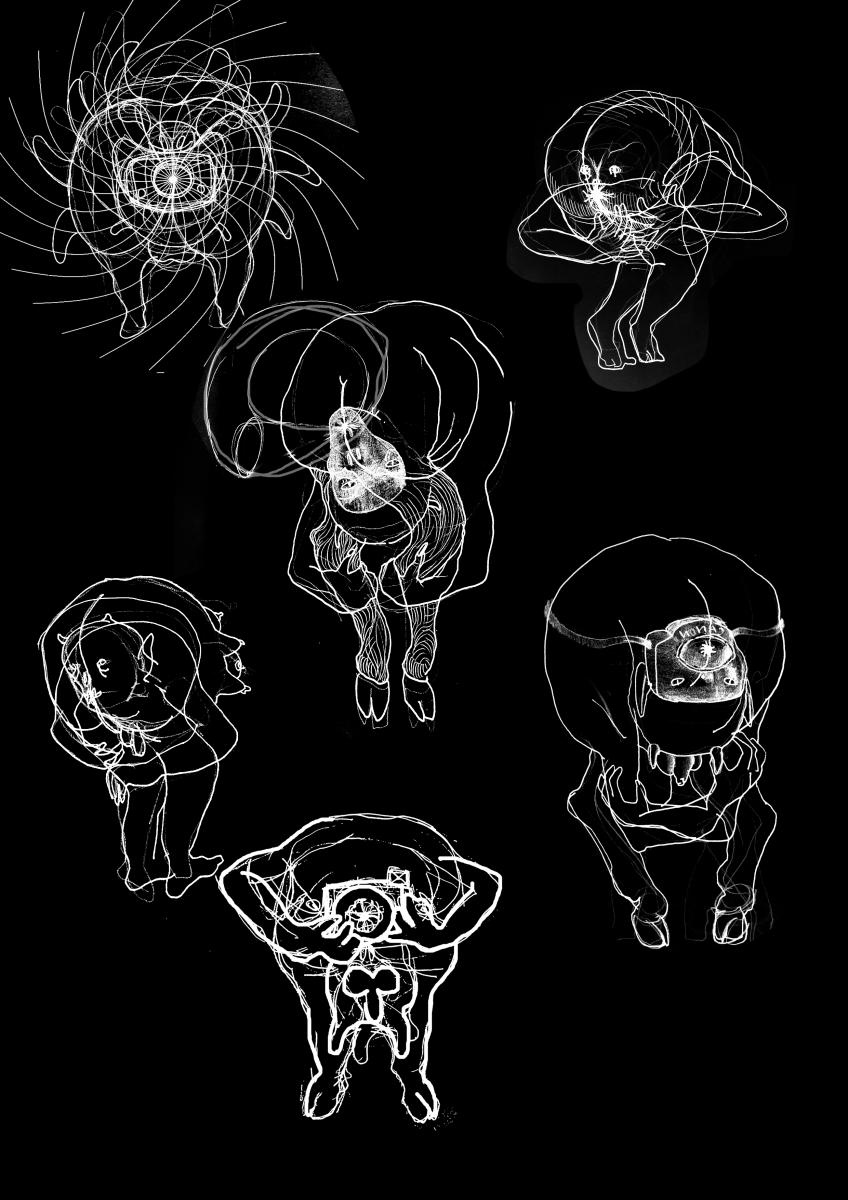 We travelled to Moss to visit an anechoic chamber, on the way we stopped at an art centre with a great book shop. Just as everyone was getting ready to leave I thought I would have a quick look for a book I needed by Vita Sackeville-West. The books were in alphabetical order. There were no 'Sac' books just a 'Sad' On the cover of the book was a drawing incredibly similar to mine of a few days previous.

The books I could have chosen from: 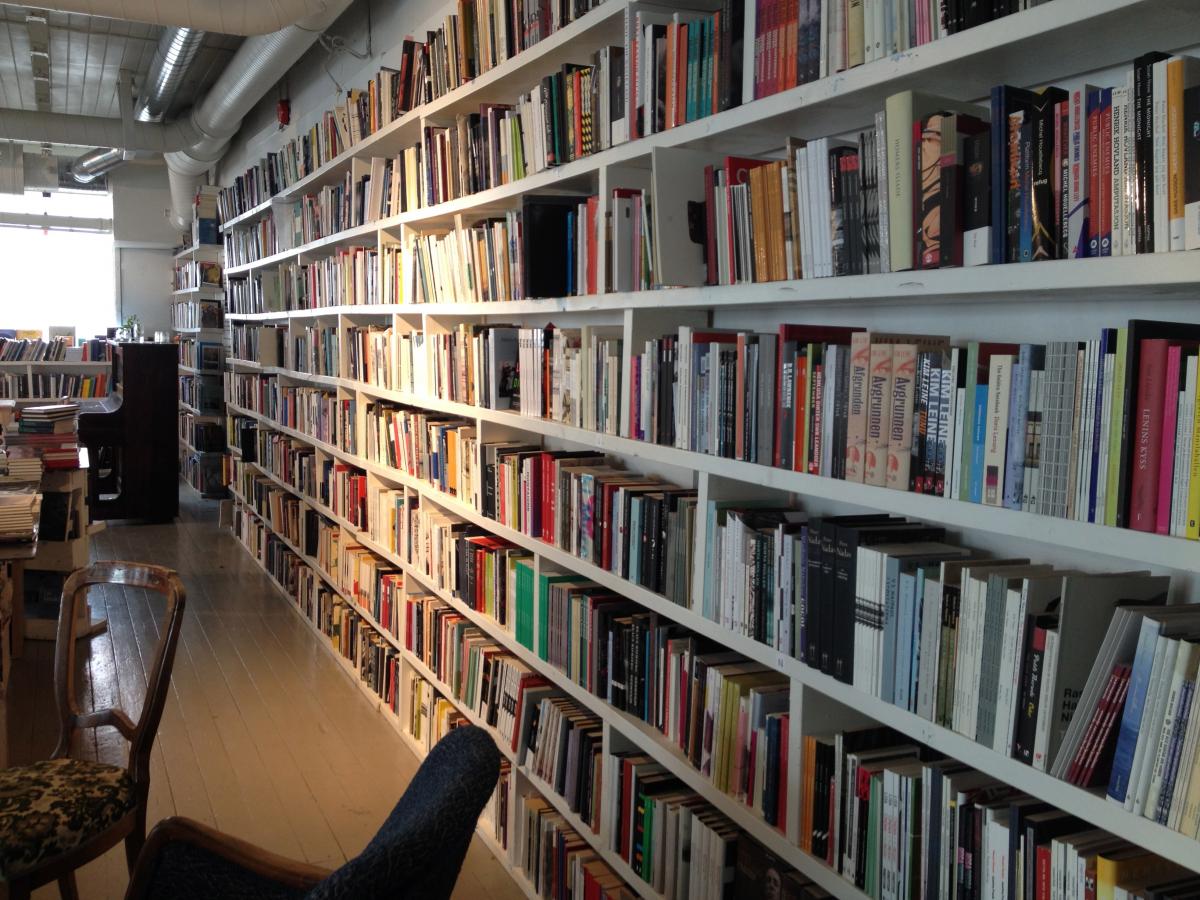 The book I chose by chance : 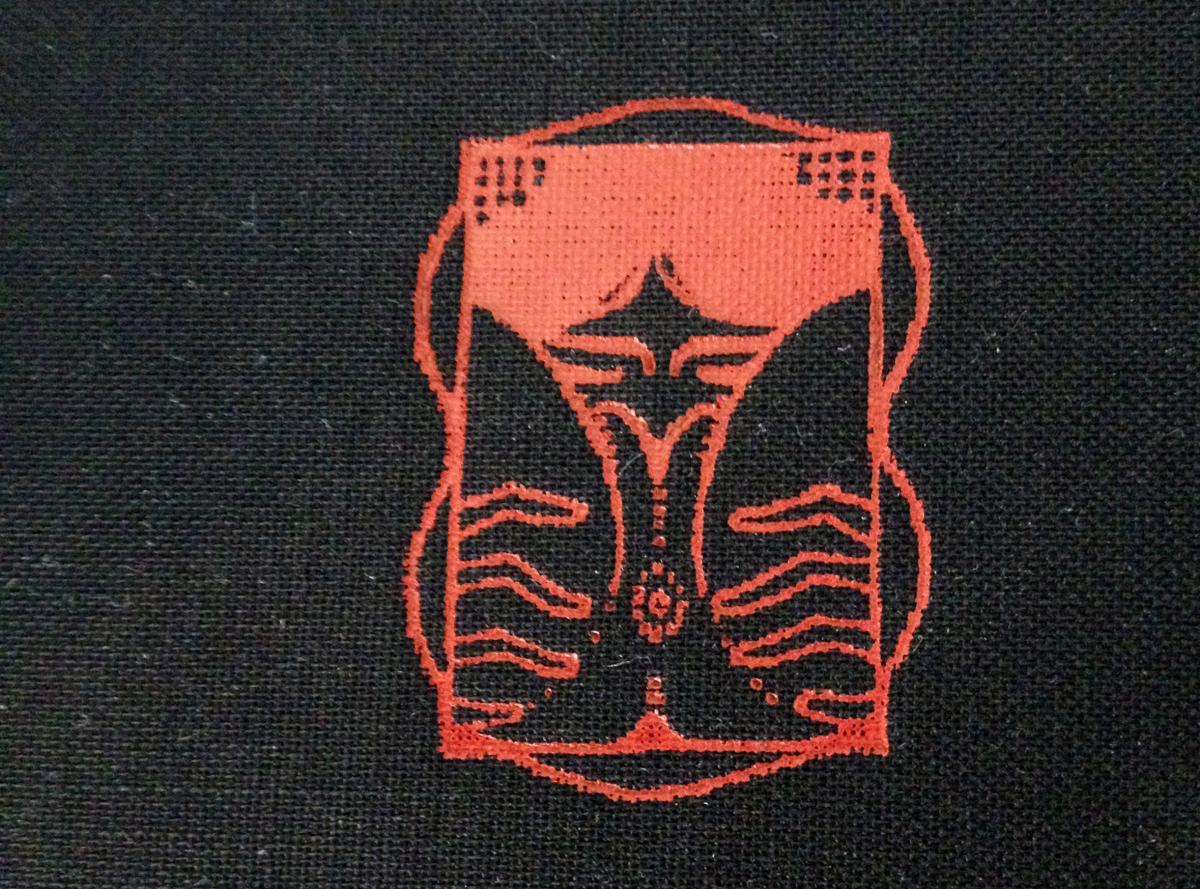